Star Magic maintains that Gerald Anderson has nothing to do with Maricel Soriano's removal from the teleserye 'Bukas Na Lang Kita Mamahalin'. 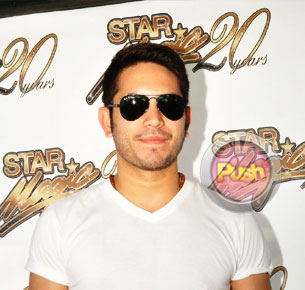 Contrary to circulating rumors, Star Magic claimed that Gerald Anderson is not the reason why Maricel Soriano was removed from the teleserye ‘Bukas Na Lang Kita Mamahalin’. Furthermore, the network’s talent management attested to his professionalism and attitude as a person.
The following statement was released through ABS-CBN Corporate Communications Head Bong Osorio early this morning, January 22: “Star Magic has the utmost confidence not only in Gerald Anderson’s exceptional ability as an actor, but also in his unassailable personal character and professional behavior. The incidents that led to the removal of Maricel from Gerald’s latest telenovela were not provoked or instigated by Gerald in any manner.” Previous reports mentioned that Maricel flared up when Gerald failed to deliver his lines during their scenes together.
According to TV Patrol’s latest report (January 22), Maricel's camp refused to give any comment about the whole controversy. But they appealed for the public’s understanding as the veteran actress admittedly went through tough times ever since her mom passed away and has to go through anger management.
In lieu of these “incidents”, however, it remains to be seen whether or not Maricel’s other projects will still push through, including a movie with Vice Ganda and Eugene Domingo under Viva Films.
Celebrity