Shaina Magdayao is happy to be single and carefree

Shaina Magdayao plans to take a grand vacation in Europe as a reward for all her hard work. 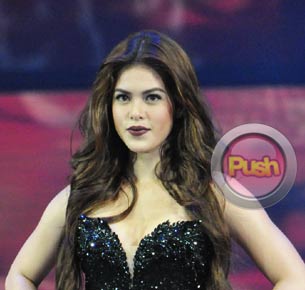 Shaina Magdayao received lots of praises for embodying confidence and sexiness at the recently-concluded Bench Universe fashion show. She opened the segment of international designer Michael Cinco wearing black hipster underwear and a plunging neckline corset. “Thank you for appreciating me everyone! Even if I’m not stick thin,” she happily stated on her Instagram account. Shaina added that she’s comfortable with her face and body.

They were supposed to be there for her birthday on November 6, but they had to postpone it at a later date. “Hindi pa kami makakaalis until after I finish taping for Kung Ako’y Iiwan Mo, which is on the third week of November.” Of all the places in Europe, she’s looking forward to their trip to Padre Pio Pilgrimage Church in Italy. “Devotee kasi ako, sobra! Last stop namin yun. Magpapasalamat lang ako for all God’s guidance.”

As it is, people still can’t get over the possibility that her breakup with John Lloyd Cruz has something to do with the latter’s growing romance with Angelica Panganiban. But despite the speculations about how she feels amidst all these intrigues, Shaina refused to be an object of pity just because she’s currently single. She even quoted Nora Ephron in her photo-sharing account, “Above all, be the heroine of your life, not the victim.”

Grab a copy of The Buzz Magasin October issue for exclusive updates about your favorite Kapamilya stars.
Celebrity