Eugene Domingo says that the kissing scene is a crucial part of the play's plot. 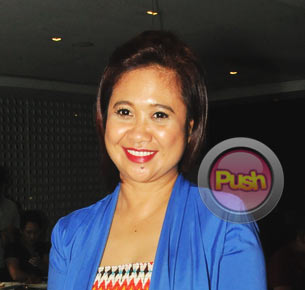 As Bona, her first theatrical production with PETA, starts its limited run on August 24, Friday, Eugene Domigo admitted she is more than ready to showcase her talent by performing live for the first time after entering show business. The veteran comedienne shows off her theatrical roots in this remake of the 1980 Nora Aunor movie. Eugene admits that after promoting Kimmy Dora and The Temple of Kiyeme, she had her schedule blocked off so she could fully focus on rehearsals for the play.

One of the most anticipated scenes that Eugene’s fans can’t wait to watch is a controversial scene which involves a lot of kissing. The 41-year-old actress shared why she is confident in executing the love scene in front of a live audience and believes that it is a crucial part of the story. “Confident ako makipag-kissing scene. Ang bango ng hininga ko noh (laughs). Para sa akin, dapat talaga may kissing scene. Para sa isang taga-hanga na itinaya lahat, sigurado hindi lang naging taga-hanga yan,” she explained.

Catch Eugene Domingo in theatrical adaptation of Bona which will run from August 24 to September 23 at the PETA Theater Center. To get your tickets, contact 725-6244 or 0917-5765400. For more updates, log on daily to Push.com.ph and follow Push_Mina on Twitter.