Nelly Furtado connects with Filipino victims of the recent flooding

Nelly Furtado dedicates her new single to all the victims of the recent flooding in the country. 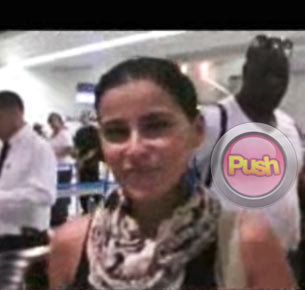 Grammy award-winning singer and songwriter Nelly Furtado held her first ever performance in Manila last August 16 at the Smart Araneta Coliseum together with the American band Gym Class Heroes. Nelly sang her hits, opening the concert with her song “Maneater.” She also did different renditions of “Turn Off The Lights,” “Say It Right,” and “I’m Like A Bird” with Eunice, vocalist of the band Gracenote doing a Filipino version of the chorus of the song. She even did a medley of all her dance hits that were mostly collaborations with international singer/producer/songwriter Timbaland.

Celebrities spotted at the concert included rumored couple Rhian Ramos and KC Montero who were seen getting cozy with each other, Victor Basa who was very busy documenting the concert, taking pictures and Crystalle Henares who was standing all throughout the concert dancing to Nelly’s songs.

Nelly held a press conference a day before the concert where she spoke about her new album, her fourth English-language album. According to her, "I was in a great headspace, feeling refreshed, and ready to really deliver in English again. This album is all about positivity, youth, good energy, and the relentlessness of the spirit. I want people to live this music the way we did when we wrote it. I want them to jump, dance, scream, laugh, cry, love, and vibe to it, and to turn it up very loud everywhere," Furtado stated.
Celebrity