With the success of 'Kimmy Dora and The Temple of Kiyeme,' actor-producer Piolo Pascual admits he wants to come out with more quality films by next year. 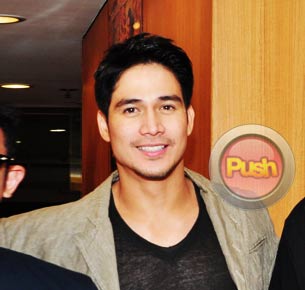 Apart from starring in the Kapamilya teleserye Dahil Sa Pag-ibig, Piolo Pascual has found success as executive producer of the comedy hit Kimmy Dora and The Temple of Kiyeme which he produced under Spring Films along with friends in the industry which also includes the film’s director Joyce Bernal and Shayne Sarte and Erickson Raymundo among others.

The hunky producer admitted he did not want to have any expectations when it comes to ticket sales. “No hindi na puwede yung mag-expect ng sobra, hindi ka puwedeng umasa. Ang inaasahan mo lang yung suporta. Si Uge (Eugene Domingo) nga nahihiya ako kasi sinasabi ko sa kanya na, ‘Labs pasensiya na, ilang araw na lang bago tayo makahinga.’ Hindi kami hihinga hangga’t hindi naming nasisigurado na naka-break even o okay na. So even after one week, naka-standby pa rin kami until the weekend when we heard the news na okay na siya. It crossed the P100M mark so we just had to throw a thanksgiving party for Uge and the rest of the cast because it was a collective effort. Of course we had a target. We had to reach a certain amount para mag-break even. Close to a P100M,” he explained.

Even though the two Kimmy Dora films have done well, Piolo says it’s too soon for him to claim he is a successful at producing movies. “Hindi pa puwedeng i-claim yun eh. A day at a time, kung maging successful ka today, happy ka then you move on. Siguro for now happy ka but of course we have to move forward. Hindi ko naman puwede i-claim na made ka na or established producer ka because it never stops. I still have so much learning to do at the same time, may mga de-briefing pa. We just want to be better in what we do,” he shared. Piolo also gave a lot of credit to Kimmy Dora star Eugene. “Si Eugene may stake siya sa Kimmy Dora, para sa amin hindi lang siya binigyan ng script, she’s part of Sprint Films. Kung ano yung success ng Kimmy Dora, malaki yung pasasalamat namin,” he added.