Gab Valenciano on breakup with Isabel Oli: 'I just couldn't see her with me' 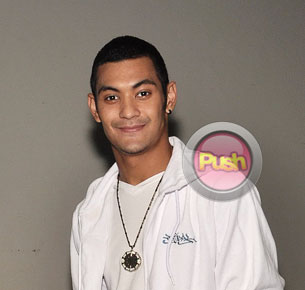 “The four to five months were amazing for me. I was able to learn. Yes hindi man naging successful ang relationship namin, but in all the relationships I’ve been in, this for me was the most genuine and was the highest when it came to learning,” paliwanag niya. “Siyempre she’s older than me, siyempre I learn a lot of things from her and at the same time, I really just want her to be happy.”

Nilinaw rin ni Gab na walang third party. Aniya, “Differences talaga and also priorities. I didn’t want to burden her to wait kasi I’m going to start school soon. After a couple of months, I head to the (United) States. I don’t want to put her through that na paghihintayin ko siya.”

Hindi rin niya ipinagkaila na may mga expectations na hindi natugunan sa relasyon nila pero ayaw na niyang idetalye. “I want her to be happy and I want her to meet that one person designed for her. We tried it. Ganun naman eh, trial and error. We try it out, we’re happy but if it doesn’t work, hindi mo naman control.”

Paliwanag ni Gab, nararamdaman niyang hindi pa siya kumpleto. “I’m young, I’m 23 and I have so much more to learn when it comes to relationships, not just relationships when it comes to my personality, [but] in life in general. I know there are a lot people out there who see me in a different light. A lot of people think I’m a heart breaker, which to a certain point is true but there are always two sides of the story.”

Anim na taon ang tanda ni Isabel kay Gab, gaya ng kanyang ina na si Angeli Pangilinan na anim o pitong taon din ang tanda kay Gary. “I think for a while it was working but when I realized the gravity of the relationship, of the gravity of the person that she is, and I realized that I was not going to be able to give that to her. And it’s not just marriage, it’s not just kids, personally I don’t think I would be enough for her.”

Pinasinungalingan din ni Gab ang mga bali-balitang kaka-break pa lang nila ni Isabel ay nililigawan na niya si Coleen Garcia. “[I] met her a couple of years ago. In all honesty, no matter how beautiful she is, no matter how amazing she is as a friend, at this point I’m not ready for anything like that,” ani Gab.