The actress-host will be baring the details of her annulment on 'The Buzz this Sunday. 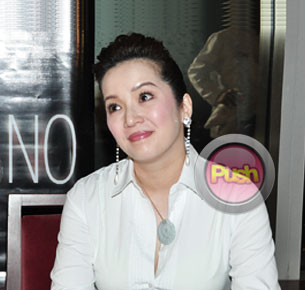 According to Boy Abunda's report on late night news show Bandila (February 2), actress-host Kris Aquino's annulment to basketball player James Yap is now official. Lack of authority of the solemnizing officer is the said reason why the marriage was annulled, related Boy, who just taped a one-on-one interview with Kris for entertainment talk show The Buzz.

Boy said the former couple has also agreed on the division of properties. Their son Baby James will be under Kris' custody as it is mandated by law that children under 7 years of age should be with the mother. James, however has visitation rights."He's not greedy, fair ang kanilang paguusap ... Hindi ito dahilan para magcelebrate," Boy explained to Bandila anchors Julius Babao, Karen Davila and Ces Drilon. He added that Kris is happy she and James have remained good friends.

Catch Kris' tell-all on her marriage's annulment this Sunday on The Buzz.
Celebrity