The box-office director refuses to accept the idea that a film's success is solely based on its box-office success. 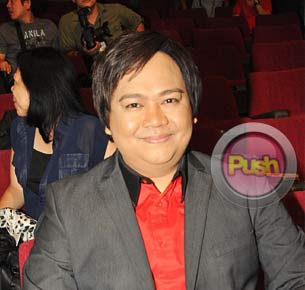 Direk Ruel Bayani revealed that his guess is as good as others as to what is the secret to coming up with a phenomenal hit movie. To date, the blockbuster director still holds the title of having directed the highest-grossing drama picture in Philippine history with the 2011 film No Other Woman. “Ang all-time highest grossing Filipino film is still Praybeyt Benjamin. Eh ‘yung record ko sa drama hindi naman pala natalo kasi the closest was The Mistress. Close but not enough para mabago ‘yung record.”
Direk Ruel, who is a film class professor in Ateneo de Manila University, shared that his students asked him as to what was the secret in the success of No Other Woman. “Sabi ko probably (it was the movie), it was timing as well. There was some luck to it and eksakto talaga ‘yung sex appeal nitong tatlo (lead characters Cristine Reyes, Derek Ramsay and Anne Curtis), di ko talaga matatawaran,” he explained.
He continued that his leadership and his vision for the project may have contributed to its success but what he was most certain about is the fact that the movie was a product of  team effort of hundreds of hard working men and women. “Andaming taong responsible kung bakit nabubuo ang pelikula and every time na naa-attribute lang sa direktor at sa artista (ang success) syempre di ako natutuwa masyado kasi alam kong ‘yun ang patakaran, ‘yun ang kalakaran pero lagi ko lang nire-remind ‘yung tao na it takes a whole village, wow, a real big village (to create a whole movie). Buti nga ngayon damay ang direktor (sa paga-attribute sa success), dati-rati ‘yung bida lang,” he pointed out.
Direk Ruel’s latest movie project, One More Try is an entry to the Metro Manila Film Festival and it stars Angelica Panganiban, Dingdong Dantes, Zanjoe Marudo and Angel Locsin. While he said that he is confident that viewers won’t regret watching his film project, he was asked if he thinks this movie will match or outdo the success of No Other Woman. “If you ask me, do I expect it to be bigger and (be) more successful than No Other Woman, no,” he answered candidly. He explained that the circumstances are different since his MMFF entry is contending with other seven entries, while No Other Woman was not a part of a film festival.
He said that he will be happy if One More Try will reach the P300 million-mark but he does not want to get used to the idea that the success of a film is based on its box-office triumph. “Kung ‘yun ang mangyari eh di mainam. It will be a great surprise, but ayokong sanayin ang sarili ko at ang mga taong katabi na ang sukatan ng success ay perang kikitain ng pelikula, kasi bata pa ako eh, ayoko pang tanggapin yan kasi talaga. So kapag ang pelikula kumita ng ganon kalakas pero hindi maganda kailangan sambahin ng industriya?”
Direk went on, “I really don’t mind if people will criticize my movie or all my movies because I can criticize them as well. Kaya ko rin makahanap ng maraming pintas at butas. The point is ‘yun ‘yung best na magagawa ko at a given time, at a given context ng sitwasyon na ‘yon. Kung naniniwala ako na I gave it everything I have, then ‘yun na ‘yon. Wala nang regret.”
Direk Ruel shared that for this movie, he gave up TV directing for the meantime to give all his time and efforts and prove that his work is not just about money but to finish a project that he can be proud of.
Celebrity