Ogie Alcasid is happy with the reemergence of OPM; vows to double efforts next year

Despite the notion that original Pilipino music is dying, Ogie Alcasid believes that there is a big chance that it can be restored to its former glory. 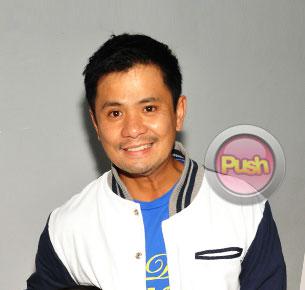 Twenty-five years in the business and Ogie Alcasid remains a force to reckon with in the entertainment industry. Ogie started out as a singer and then became a comedian, and eventually became known as the composer of numerous popular OPM tracks.
At the recent press conference for his album The Songwriter and the Hitmakers, which marks his silver year in the music industry, Ogie said that he is in awe that he has reached 25 years in the business. “I think people appreciate sincerity and honesty,” he replied when asked how he reinvents himself. “When you give out something, if it’s a performance, an acting performance or comedic performance or live performance, I think when you are honest [it makes a difference to your audience]. It takes a lot to be brave enough to reveal so many things about yourself. Fearless, I think is the word,” he said.
Currently the president of Organisasyon ng mga Pilipinong Mang-aawit, which aims to promote OPM (original Pilipino music) and local artists, Ogie said that he is now at a point in his life that he would like to help and give back to the industry that has been so kind to him. “I’m so active with so many organizations, mainly OPM and my dream sa OPM really is bumalik ‘yung sigla [ng local music industry]. We’re doing everything step by step.” He explained that one way of doing this is by encouraging aspiring songwriters to keep on writing via songwriting camps.
Push.com.ph then asked the singer-songwriter how he continues to keep the fire burning even after 25 long years. “It’s my work, it’s my job. [It’s] the only thing I know best. It’s a sheer passion that I have for doing what I do. It’s not an easy life,” he confessed.
Ogie went on to explain that there have been days when he felt that he could not create anything significant. “Walang lumalabas [na idea] but you know, sige lang. Especially during these times, ang hirap ng [sitwasyon ng] music industry.” He added that the best way to deal with instances like that is by continuing to move forward. “When there’s nothing, you can’t force it. It’s like you’re writing prose or [doing] painting you discard. The key is not to stop ‘cause you’re a channel. You have to remember all this art from you’re creating out of nothing. Same thing with [being] a songwriter, you are creating something similar than can only come from God, you have to be open and think it will happen,” he shared.
Ogie was happy to hear feedback from radio stations that there is reemergence of OPM in the country. “’Yun ang gusto talaga naming gawin, manumbalik ang sigla ng OPM. That’s the start.” He continued that their organization is intent on doubling their efforts by next year to continue the job that they have started.
Meanwhile, Ogie’s The Songwriter and The Hitmakers is now out in the market and it includes 18 of his big hits like “Pangako,” “Pangarap Ko Ang Ibigin Ka,” “Tayong Dalawa,” “Kung Mawawala Ka,” “Kailangan Ko’y Ikaw,” “Ikaw Ang Aking Pangarap,” among others. Artists who lent their voices to these hit songs include Regine Velasquez-Alcasid, Piolo Pascual, Gary Valenciano, Martin Nievera, Sarah Geronimo, Christian Bautista, Arnel Pineda, and many more.
Celebrity