Karylle says she worked hard for her sexier figure

Karylle shares that she intends to continue her improved lifestyle. 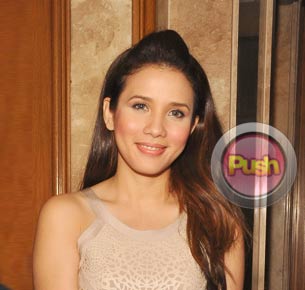 Karylle received a lot of positive feedback when she walked the runway at a recent underwear fashion show of a local clothing brand clad in a two-piece bikini. Just like Karylle, many of the brand’s celebrity endorsers walked the runway in undergarments during the show that showcased their sexy physique.
Karylle said that she feels flattered about the positive reactions to her figure. “Natutuwa siyempre I mean it’s not a side of me na I show a lot,” she began. “Maybe once in two years pero pinaghahandaan and it’s fine naman that it’s got to do with fashion.” Karylle has been an endorser of the clothing brand for some years now and was proud that she was part of its silver anniversary celebration.
She added that her sexier figure is the result of a disciplined diet coupled with a workout. “I actually started my diet December of last year, but it was a slow steady diet,” she clarified. “I don’t want to do any crash diet kasi nagugutom ako, like siguro one month before the show, I was always craving for ice cream and I don’t have a sweet tooth. So it was a very slow change in my diet. I’ve made my breakfast healthier, tapos I did a lot of workouts especially in LA (Los Angeles) kasi healthy naman sila do’n. Lahat ng pagkain ma-calories sa (United) States, maraming salad.” Karylle shared that she intends to continue her new lifestyle but is careful not to go overboard. “Hindi naman masyadong starvation,” she said with humor.
However, she clarified that it does not mean that she will be often seen in revealing clothes or will be featured showing more skin. “Sapat na yata ang nakita nila sa Bench Universe (show) para minsan magulat-gulat lang sila,” she clarified.
Celebrity