Baron Geisler says 2012 will be a sober year for him

Controversial actor Baron Geisler says he is a bad boy no more. 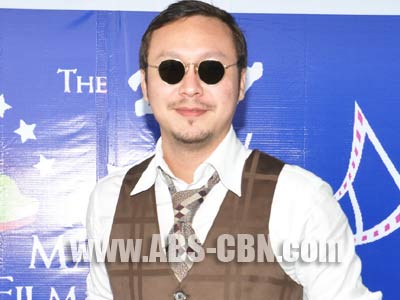 After his film successfully reaped 11 awards during the recent Metro Manila Film Fest, Baron Geisler admitted he feels lucky to be part of such a major production like Manila Kingpin: The Asiong Salonga Story.

Baron said he did not have a hard time adjusting to work after being out of circulation for a few months. “Hindi naman kasi the people in Asiong Salonga, from the crew to the artistas and the producers, sobrang family, parang family yung treatment so nag-enjoy lang ako all throughout the shoot with them,” he shared.

Baron, who entered a rehabilitation center in early 2011, admitted he wants 2012 to be a better year for him, both personally and professionally. “My resolution is just to keep up what I’m doing right now, to just focus on my career, be more matured lang on how to handle things and I know that’s always my responsibility. Nag-fo-focus lang ako kung sa anong dapat, sa sobriety ko lang and sa mga trabaho. I’m looking forward to a brighter future, a sober year, and maraming projects. Just like my Christmas and my New Year, hopefully I’ll have a sober year,” he explained.

The talented actor revealed he has managed to minimize his bad habits by keeping close to his family and being active in his core group, which keeps him accountable for his actions. “My focus is just to maintain lang my sobriety and focus on my career and be mature in handling things and learning also how to handle my emotions properly,” he said.

Currently under the management of Arnold Vegafria, Baron said he already has upcoming projects lined up. Baron admitted that he is still blessed. “I just want to thank everybody, from the industry to PAMI and my manager and my family and to governor ER (Ejercito) also. Talagang without them, wala akong career ngayon. So sila talaga yung tumulong sa akin. I’m very thankful,” he said.

Last November 2011, Baron was supposedly drunk again, which was reportedly the reason why he was not allowed to board his flight to Canada to shoot an episode of MMK (Maalaala Mo Kaya). The talented actor denied the assumption and said that he is trying to remove that stigma about him. “Na-clear ko na yun matagal na. May problema lang po sa immigration, sa exit and entry ko. Pero wala namang katotohana