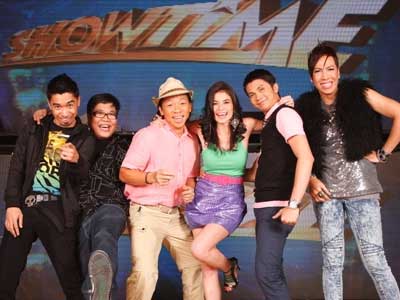 After much speculation that the “unkabogable” show is being axed, It’s Showtime! is returning to the airwaves this February 6 as ABS-CBN’s newest noontime show. As of this report, the hosts are on board the “Unkabogable Party Party Bus,” touring the metro and asking fans on the road to join them in celebrating the good news.

Below is ABS-CBN’s official statement on the show.

After two years of being a morning kapamilya favorite, "It's Showtime" will be ABS-CBN's newest noontime program effective Monday, February 6, 2012.