Nikki Gil wants to be an effective antagonist to Empress in their new teleserye 'Mundo Man Ay Magunaw.' 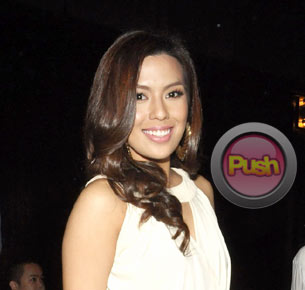 All set to portray Jennifer La Peña in the upcoming teleserye Mundo Man Ay Magunaw, Nikki Gil admitted she is excited about playing a character that is far removed from her personality in real life. “Yung first reaction ko is kaya ko ba ito? I’ve never done it before. It’s something very new. Even in real life, my friends can attest to the fact that they’ve never seen me in any catfight or whatever but I realize that it’s what I’ve been waiting for. It’s what I’ve always wanted to do, to do roles that are medyo offbeat. So siyempre hindi pinalalagpas ang mga ganyang pagkakataon,” she shared.

The singer-actress also said that she wouldn’t mind if people start getting mad at her character for being so mean to the character played by Empress in the series. “Sa tingin ko, you are only really an effective kontrabida kapag talagang kinamuhian ka ng mga tao so yun ang pinagdadasal ko na mangyari. Na kamuhian ako ng tao (laughs),” she said.