Luis Manzano says that he will do his best to host 'Kapamilya Deal or No Deal' using his own strengths. 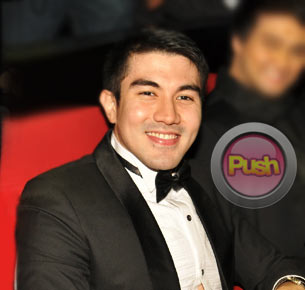 Luis Manzano has a very busy schedule this 2012 with new hosting and acting projects lined up for him. He revealed that shooting for his upcoming movie is already ongoing and he has two new shows coming up this February, one being Kapamilya Deal or No Deal. He added that Pilipinas Got Talent will probably start production in the third quarter of this year.

Having announced recently that he will be replacing Kris Aquino as host for Kapamilya Deal or No Deal, Luis said that he is a fan of the show and actually played the game once. He added that as the new host, he is not out to replace Kris but will utilize his own strengths to give the program a new flavor. “Siguro iba rin naman ang ine-expect nilang atake. Mahirap kumuha ng next Kris,” he explained. He added that he believes that he was chosen because the people behind Deal or No Deal believe he has the potential to host the show effectively.

On a more personal note, Luis said that he is happy with his relationship with Jennylyn Mercado. He also confirmed that he gave the actress a ring before Christmas. When Push.com.ph asked him why he has chose a ring as a present, Luis explained, “It symbolizes a lot of things basically you can say infinity or eternity. Kumbaga so far ‘yun ang pinatutunguhan [ng aming relasyon]. We’re very, very happy. Very stable we’re very happy that we support each other sa mga ginagawa namin, naaalagaan namin ang isa’t-isa kahit medyo busy, nagagawan namin ng paraan.”
Celebrity