Richard Gomez talks about his failed romance with ex-girlfriend Dawn Zulueta and how they remained good friends through the years. 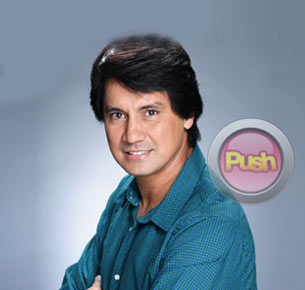 Richard claimed that it was Dawn who decided to call it quits despite her great love for him at the time. "Nung mga panahon na yun, sabi ni Dawn, 'Kahit ang pag-ibig ko sayo walang hanggan, puputulin ko na 'yan.'  But you know, kidding aside, maybe things didn't work out between us because we were young and we had different priorities in life. But the good thing about with what happened is that right now, we're very good friends, we’re very happy with our respective families. Ang asawa ko mahal si Dawn at mahal ko ang asawa ni Dawn."

Richard is just thankful that their failed romance didn't stop them from becoming good friends to this day. "Very unique yung friendship namin kasi most showbiz couples after breaking up, hindi na nag-uusap, hindi na nagkikita. They will not work together anymore. But in our case, we remained good friends."