Piolo Pascual on turning 35: “I feel as young as ever!”

Piolo Pascual isn't showing signs of slowing down and looks forward to training for his first full marathon in September. 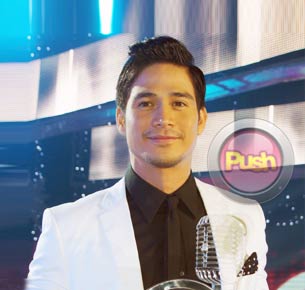 After turning 35 last January 12, Piolo Pascual said he is looking forward to maintaining a very positive outlook on life this year. “I feel as young as ever. Masaya. A year older per hopefully a year wiser,” he said.

The matinee idol revealed he was not able to do a birthday run on his natal day because he had just finished going on a one-week fasting for his church, but will do it before he goes to perform on ASAP this week. Piolo is usually seen doing runs at the University of Philippines Diliman campus which is near his home. “Sa UP it took me a year bago sila nasanay sa akin. Kasi puro students dun ‘di ba so sometimes they would stop you, but I tell them I’m sorry I have a trial run so it’s either you wait for me or you run with me,” he said during the Timex run press conference held at Café La Carmela in Makati last January 13.

This year, Piolo shared that he just had an intimate birthday celebration. “Nag-church lang kami ng family and then they had a surprise party for me so exciting kasi hanggang umaga kami na nagkantahan lang yung mga kapatid ko because my whole family was still here. Lahat ng mga pamangkin ko andun, they stayed up until midnight so it was a family event,” he revealed.

Later this year, Piolo will be seeing his son Iñigo, who is based in the States. “Unfortunately hindi siya nakauwi kasi ilang weeks lang yung bakasyon sa school for Christmas break so this June na lang sa graduation niya. We’re looking forward to it so by June magbabakasyon siya dito,” he said.

This coming January 22, Sunday, Piolo and running coach Rio De la Cruz, along with other 4,000 runners will join the 2012 Timex Run at the Bonifacio Global City in Taguig. Piolo registered for the 10k race which was also the distance he ran in previous Timex runs.