Kim Chiu says she's ready to go back to work after her unforgettable holiday trip to Korea. 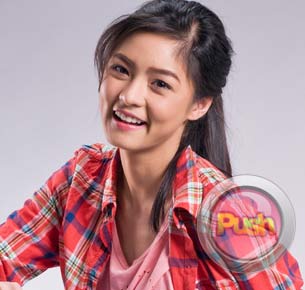 As one of the busiest stars of ABS-CBN, Kim Chiu seldom has time for herself especially when she did the teleserye Kung Tayo'rsquo;y Magkakalayo and the movies Paano Na Kaya and Til My Heartaches End last year. On top of that, her reel and real-life relationship with Gerald Anderson suffered a huge blow after the latter got romantically linked to Bea Alonzo. As such, she decided to take a much-needed break by spending the previous holidays in Korea on her own. "Masaya naman. Pumunta ako sa snow sa Korea. Nag-ski, namasyal, nag-tour, nagpakasawa sa snow. First time, childhood dream ko yun, so ngayon natupad na," said in an interview with Showbiz News Ngayon.

Aside from her wonderful vacation abroad, she and Gerald seem to be getting along really well again. Apparently, the two were seen getting cozy with each other backstage at ASAP before the Christmas break last year. It was a clear indication that they'rsquo;ve remained good friends despite the trials they have encountered on and off screen. Whether or not they'rsquo;d end up getting back together again remains to be seen though.

In the meantime, watch out for Kim'rsquo;s exciting projects this 2011 including the teleserye Binondo Girl opposite Matteo Guidicelli and a movie with Piolo Pascual.