Sandara Park and the rest of 2NE1 thank their Philippine fans 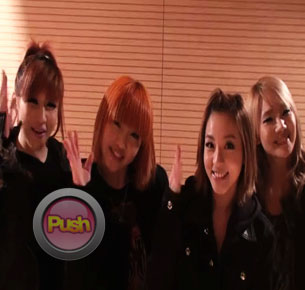 And to thank her Pinoy fans who have continually supported her and now her new endeavor, Sandara together with Park Bom, Minzi and CL, appear in a video on the Universal Records Youtube channel to show how much they appreciate the Filipinos who bought the album.

Sandara impresses as she thanks everyone in straight Filipino while the rest of the 2NE1 girls do her signature 'lsquo;Mahal Ko Kayo'rsquo; wave, a trademark of hers since her Star Circle Quest days.

2NE1 is set to make their Japanese debut in February.'nbsp;