The actress shares her current activities for the UN World Food Program in Uganda. 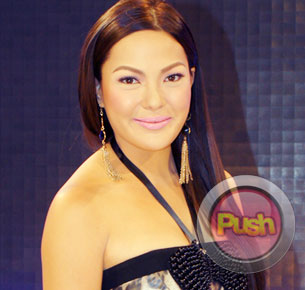 Last January 14, KC Concepcion left for Uganda, Africa as part of her duties as aApply CSS Classmbassador to the United Nation'rsquo;s World Food Program. The actress-singer was looking forward to helping out the UN'rsquo;s efforts in the country, after her own learning experience in our country'rsquo;s impoverished areas.

"As a National Ambassador Against Hunger for the United Nation World Food Program, I represent the UN not only here in the Philippines but also wherever they think I should go, in this case Africa. I've gone to Mindanao several times and so this for me is also a learning experience never having been to Africa. Conflicts all over the world result in the same kind of suffering and pain for the affected populations. We share a common predicament as human beings whether in Mindanao or Uganda, We go all over to draw as much attention to the problem of hunger in these areas. I'rsquo;m just glad that I can help out in whatever capacity. So this month, nasa Africa ako and in the next few months I'm sure nasa Mindanao ulit ako at kung saan man ako makakatulong," she shared before her flight last Friday.

To give updates on KC'rsquo;s activities in Uganda, Ms. Mei Nebreja of the UN WFP communicated with ABS-CBN Star Magic and said that KC is doing quite well with her mission.

Last January 16, KC embarked on a 10-hour road trip to reach some remote areas in Uganda where the UN extends their helping hand. Here she experienced communicating with the locals and understand their culture. KC had the chance to play with the children of a local settlement and some of whom were HIV positive.

KC helped in distributing formulated meals in UN centers and she hopes the kids will'nbsp; be good as new in six weeks.'nbsp; She thought how funny it was that local showbiz also armed her with useful tools for the mission such as ducking behind a tree when nature calls and sleeping in small spaces.

UN Representative Ms. Nebreja also shared to Star Magic that KC was definitely in awe of Uganda and that she immediately remembered the Lion King OST when she saw the patches of land and grass.

KC is excited to share more of her experiences in Africa when she returns on January 20. 'nbsp;

KC'rsquo;s Closet, the actress'rsquo;s fundraising campaign online, is still ongoing. She has already raised half a million pesos by selling some of her and her friends signature fashion items. A new batch of second hand items are recently uploaded and interested buyers can log on to http://stores.eBay.ph/kcsclosetfightschildhunger to bid. All proceeds goes directly to the UN World Food Program.