Are John and Kim really dating each other? 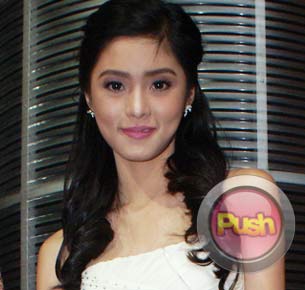 Everyone'rsquo;s really happy for John Prats who has finally found a new love in singer Rachelle Ann Go. Both came from break ups last year, John from Shaina Magdayao and Rachelle Ann from Gab Valenciano in 2009. The actor says he is really hoping that everything will go well between him and Rachelle Ann. "Ako lang naman ang wish ko sana siya na."

However, on Twitter recently there are tweets saying that the actor is seen dating an actress and it was later stated that he was seen in a restaurant with Kim Chiu. In an interview with Showbiz News Ngayon, Kim immediately denied any knowledge of the said date. "Hindi ako yun. Saan? Nakakahiya naman. 'lsquo;Di po," a very surprised Kim said.