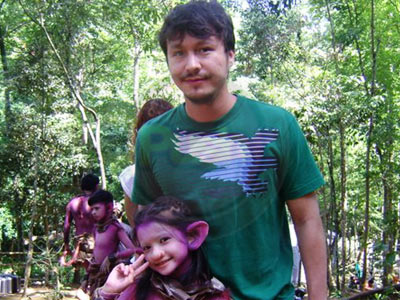 Currently busy with his role as Caleb, the kontrabida on the primetime series Noah, Baron Geisler says he’s ready to go down straight path now. In the current issue of The Buzz Magazine, the talented actor shares what started it all and how he wants to move on from all the controversies hounding him for the past few years. He admits it was the death of his dad from multiple-organ failure in 2002 that started his depression. “Malaki ang naging impact ng pagkawala ng Daddy ko kasi.  Hindi ako maka-concentrate sa career ko. I think yung death of my father ang pinakamatindi. I really looked up to him. He’s my hero. Never akong sinaktan nun and to think na military man siya. Kukuha lang yan ng newspaper at papaluin kami sa puwet lang,” he shares with The Buzz magazine.

Another big tragedy to the former Star Magic talent was when their house burned down twice and his family lost over P30 million worth of assets. “Hindi talaga ako makapaniwala na nangyari yun. I was living like a king. I had everything I wanted. Ayun, kahit hindi ako mag-work noon, steady lang ako. Maraming nawala sa akin. Life was very great at that time tapos unti-unting nawala nung na-depress ako. Hindi na naman ako nag-focus,” he recalls. Baron says that because of that and the cases filed against him, he has forced himself to wisen up and do better now. “I had to grow up. Mahal din mag-bayad ng lawyer,” he says.

After recently breaking up with his Fil-Aussie girlfriend of two years, Baron says he is now ready to love again and hopefully even settle down. “Maybe if I meet the right person, the right girl, puwede na akong mag-settle down. Gusto ko ng magka-baby eh,” he says.