Robin Nievera looks up to Nikki Gil as a MYX VJ

Robin Nievera believes his new job as a MYX VJ is part of his dream to establish a music career. 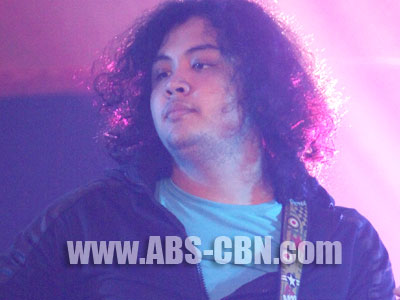 During the press conference for the newest VJs of MYX music channel, Robin Nievera confessed that up to now he still can’t believe that he won in the competition. “I was super shocked when they called my name. Up to now I would still feel thrown whenever I would be reminded that I’m a MYX VJ. I felt that the other finalists want this more than me. I may be the wittiest in the group, but that’s it, that my only thing. We also had no idea how many were going to win.” The son of Martin Nievera and Pops Fernandez, together with Julz Savard and Ton Vergel De Dios, will serve as additional hosts of MYX.

Robin also didn’t forget to thank his parents for supporting him all throughout MYX VJ Search 2010. “They told all their friends if they could vote for me. I’m not sure all those friends really voted for me. They would also text their friends to watch me on MYX. Also with the power of Facebook and Twitter they would campaign for me. Whenever we have an important family affair and there’s MYX, they would tell me instantly to do MYX because it’s for my future anyway.”

The 21-year old, like his parents the Concert King and Queen, also has an inclination for music, playing instruments and composing songs. Robin considers his new on-camera job as part of his dream to establish a career in music. “I’ve always wanted to have a career in music and I think being a VJ is also a part of that. When you’re a VJ you introduce music videos and talk to artists. Music is not just singing and writing songs.”

When asked who among the senior MYX VJs he looks up to, Robin mentioned his good friend Nikki Gil. “I look up to Nikki because she’s a good friend and I’ve known her way before she got into showbiz. When I found out that she’s going to be an artista I was all up for it because I know she’s very talented. But when she got on MYX it felt strange for me because I know her to be quiet. I wondered if she could do the VJ job for long. But hey, up to now she’s still a VJ so I’m proud of her.”

On his first taping day for MYX, Robin quickly found out for himself that facing the camera and talking about music is not as easy as many thought it is. “I had a rough first day. I was very nervous so it took me lots of takes. I think it took me an hour to finish one show that’s why now I feel intimidated by Ton because he was finished in ten minutes. But I’m slowly beginning to get used to the job. In the following days let’s see how I would improve.”