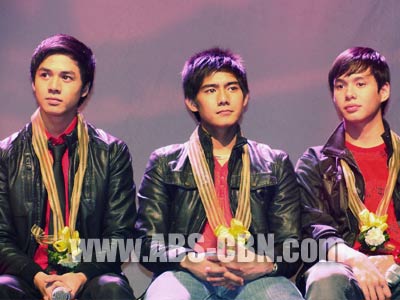 AJ added that stripping down for the role was vital in the film to show audiences the real ordeal that frat neophytes undergo for their initiations. “‘Yun talaga kasi ang vision ni Direk for the movie. Gusto niyang ipakita na mahirap talaga maging member ng isang fraternity. Huhubaran ka, pagsusuotin ka ng bra at panty, pupunta ka sa morgue. We just did what our roles required.” For AJ, their lack of costume is not the highlight of the film which for him is the lesson about friendship and being a real man. “It shows the value of camaraderie. You will see the three neophytes sticking together to survive.”

Sam said that another challenge for the three of them was to deliver an impressive performance worthy as the opening story of Cinco. “Since kami ‘yung unang episode nasa amin ‘yung pressure na galingan para maging interested na agad ‘yung audience, so they will stay. So mas malakas ang panggulat dito sa episode namin.”