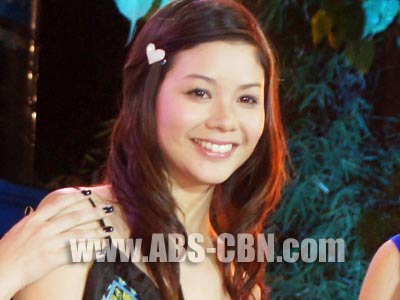 Pinoy Big Brother Teen Clash of 2010 third placer Fretzie Bercede is still adjusting to her newfound fame ever since she left the PBB house. “Actually paglabas namin hindi ako nag-expect na ganun karami ‘yung nanonood sa amin. And ‘yung sumusuporta sa amin sobrang dami, so ‘yun sobrang thankful talaga and then parang ngayon hindi pa rin ako sanay, sobrang dami lang sumusuporta and fans,” she explained to ABS-CBN.com. A couple of weeks after PBB Big Night, the pretty Cebuana shared that she is becoming accustomed to fans approaching her and asking her to have their pictures taken with her.

A few days before the PBB finale, Fretzie awarded herself (like fellow housemate Devon Seron) the gold medal, which indicated that she believed that she deserved to be a big winner. Though she ended in third place, Fretzie said that she does not feel disappointed. “I believe in myself like maging Big Winner [at may] pagtitiwala sa sarili pero I’m not disappointed at all. I’m happy being part of the big six, so sobrang masaya pa rin.”

Fretzie revealed that she plans to continue her high school studies, but is open to showbiz opportunities. “Actually, now like [nasa] high school pa [ako] so study muna and then ‘pag may offer or something, of course study and career… balance,” she said. She plans to continue her studies in her hometown and will just fly back and forth if there is any project in Manila.

Aside from a laptop, Fretzie also won P300,000 cash prize and she plans to spend a part of it for charity, while the remaining amount she will give to her parents. “I really wanted to help other people so I want to share it and gusto kong ibigay sa family ko. ‘Yun talaga ang goal ko kaya nag-join ako ng PBB,” she explained.