Nel Gomez had mixed emotions when he learned that there will be a new MYX VJ Search. 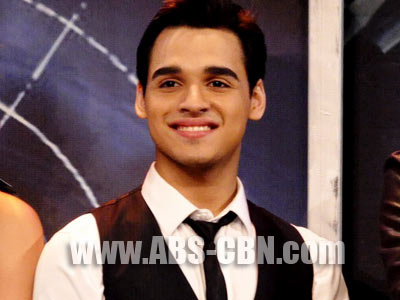 Nel Gomez is very much thankful to the MYX management for the almost one year that he has been a VJ for the music channel.  “I feel so blessed that I’m still with them. The MYX family keeps on growing every year, pero kapag naging VJ ka, parang VJ ka na for life,” he told ABS-CBN.com right after the MYX VJ Search finals night last July 21.

Nel, together with Janine Ramirez, were the winners of last year’s MYX VJ Search. When MYX announced that it will hold a new search for VJs, Nel confessed that he feared for his job. “To be honest may ganung feeling.  Ganun talaga ang process. Natakot talaga ako.”

But not wanting to have an atmosphere of animosity, Nel tried befriending the new roster of MYX VJ finalists.  “Lumabas kami, we had lunch together, nakapag-bonding kami.  I was able to feel again what I felt last year when I was the contestant.  I gave them advice.  So nawala ‘yung feeling na ‘threat’ sila.”

This year’s new MYX VJs are Julz Savard, Ton De Dios, and Robin Nievera. Nel was confident that all of the finalists are also deserving to win, and he gave Julz, Ton, and Robin an important piece of advice. “Lahat sila may confidence talaga. ‘Yun ang napansin ng MYX management sa lahat ng finalists. They all have the talent in talking. Ton, Robin, and Julz are good in both English and Tagalog. They just need to show that they can be a best friend to the MYX audience.”

Nel believes that MYX will open lots of doors for the three new VJs as what also happened to him when he won last year.  “MYX opened lots of doors for me.  Nasa ASAP na ako, and I did other things din.  Malaki ang utang na loob ko sa kanila.”

Aside from having a talent in hosting, Nel is also an accomplished theater actor and a singer-performer.  Now that he has gotten more exposure on TV because of MYX, Nel is happy to announce that he is already working on his debut album.  “Magpo-produce na ako ng album ko.  But it’s still on the works.  I don’t want to reveal the details muna.  Lalabas siya soon.  I’m very excited about it.  I promised myself last year na kapag nag-21 (years old) ako magkaka album na ako.”

After his appearance in Direk Chito Roño’s movie musical Emir, Nel said that he’s very much open to acting on more movies and TV dramas.