Laarni Lozada is still happy with how her career is going

Laarni Lozada says she will never be envious of Bugoy Drilon because he is a good friend. 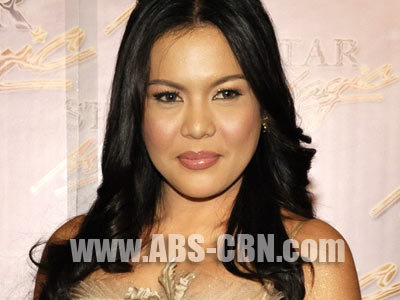 Despite not being a regular performer on ASAP XV, Laarni Lozada is still happy that she is being booked by Star Magic for singing gigs out of town and even shows abroad. This, for her, disproves speculations that the reason her career did not fly high after becoming the Grand Star Dreamer of Pinoy Dream Academy 2 was because she has an attitude problem. “Hindi po totoo ‘yun kasi hanggang ngayon marami pa ring kumukuha sa akin na kumanta. Kaming mga PDA scholars madalas may kumuha sa amin. Talent talaga ang hinahanap ng mga tao ngayon, lalo na ‘yung pagkanta.”

Laarni just had shows in Japan and Cambodia where she and other singers were warmly welcomed by Kapamilyas. Her last album though was over a year ago, the carrier single of which, “Kung Iniibig Ka Niya,” was used as the theme song for the afternoon teleserye Kambal sa Uma.