Gary Valenciano's first born explains why he doesn't mind his brother Gab getting more attention than he does. 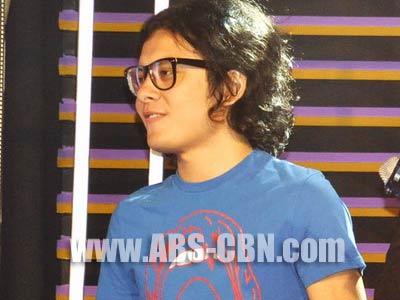 Aminado si Paolo na nakuha niya ang attitude na ito being exposed sa public since he was a child. “I think ah, it’s the pressure that I’m afraid of, there’s so much expectation now. Unlike Gab naman kasi, he is exceptionally good at dancing and he looks like my dad pa. So, parang I guess, there’s less pressure  on him. Eh, ako, being the eldest, it’s hard because everybody expects, not naman too much, but ah, the level of expectation is really high. Parang  people  are not really focused on Gab.  Because I’m the firstborn, I was the one, the controversial kid, haha! So, everybody was expecting me to become like him (Gary). To be the dancer, to be that good singer and I guess, I felt I couldn’t match up…I couldn’t level up to that expectation. Kaya parang it affected my ‘yun nga, ‘yung character ko. Palagi akong nahihiya. I guess, part of me is parang it just stuck.”