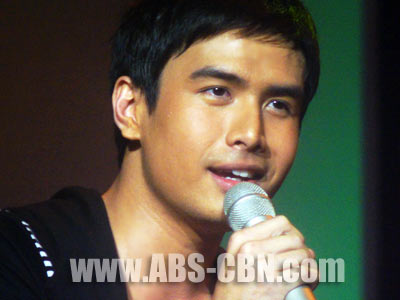 Christian Bautista shared that even if there was an offer to do a series in Indonesia, he couldn’t do it because it meant that he had to be away from the Philippines for months. “We decided huwag munang gawin ‘yung television series kasi three months eh na mawawala [ako],” he said. “Masyadong matagal, I have to take care of my career dito sa Philippines. Tapos nagkaroon pa ng Singapore [project], nag-record ako ng ‘Please Be Careful With My Heart’ dun in Mandarin so hindi ko talaga makukuha [‘yung teleserye].”

He said that his camp is still working out a possible movie that he will make in Indonesia and they are just waiting for the go signal of the producers until August. “Kung mag-okay na po ‘yung contract, workshop starts in October and November ang shoot,” he said.

Christian said that auditions are being held in Indonesia for the casting of the said movie. The singer said that their partners in Indonesia are looking for newcomers and fresh talents to be part of the film. He said that the concept of the movie is about a Filipino music teacher who goes to Indonesia to teach. “Siguro mga 60-70 percent sure na siya pero hindi pa talaga sure until makita ko ‘yung final contract,” he stressed.

Christian said that he has no idea yet as to who will be his leading lady, but is keeping his fingers crossed that come August, their Indonesian partners could give then a definite answer if the film will push through or not.