The former teen housemate is excited to take her college entrance exams and what showbiz has to offer. 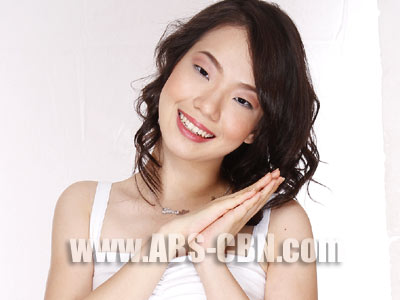 “I’m busy preparing for the college entrance exams. I’m planning to take the UPCAT, ACET and DLSU exams,” shared PBB ex-housemate Jenny Kim during ABS-CBN.com’s interview with her a few weeks ago. The last housemate to get booted out before the Big Night, Jenny refused to let things get her down. Her exit was a sad fact to accept to those inside the house, and sadder still for her housemates who were rooting for her in the outside world.

“Sad ako for Jenny, kasi siya ‘yung isa sa pinaka-gusto kong maging Big Winner,” said Ryan. The other ex-housemates has similar reactions. “For me, Jenny deserved to stay in the house,” related Carson. “It’s too bad the Pinoy housemates couldn’t come up with a decision and press the buzzer.” It was the Pinoy teens’ indecision that eventually sealed Jenny’s fate. Fretzie Bercede remained vague about her decision – or lack thereof – even after the Big Night. A question often posed to the 3rd Teen Big Placer was if she would have pressed that buzzer, given another chance. “It depends,” she hedges. “Depende po sa decision ng majority.” She claimed that, had they all had a singular decision, she would have pressed the buzzer.

All that is in the past now, and Jenny holds no grudges. The bubbly Teenternational looks forward to other opportunities outside the PBB house. “It’s so hard to review everything I learned since first year!” Jenny plans to apply to the College of Business, preferably a course in Business Management in La Salle. “Coincidentally, it’s also Ryan’s course,” she shared. Is that a sign that the Kim-Bang tandem will continue for real? “Should I answer that now? Hmm… maybe next time.” Nothing’s definite, but with Jenny Kim, anything’s possible.