Korean Jack Yoon says he and the teenternational housemates felt they were not welcome by the Pinoys inside Kuya's house. 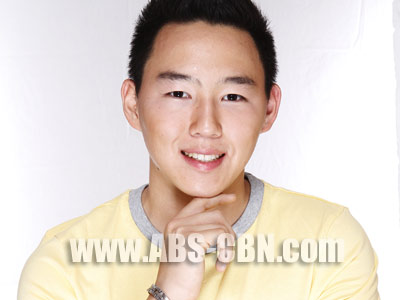 Before getting evicted from Pinoy Big Brother Teen Clash of 2010, Korean Jack Yoon took the lead in the defending his teenternational housemates during a serious argument with the Pinoys as they battles for one more slot in the Big Night. Jack said that after winning three assured slots in the finals, the teenternationals were already willing to give one other slot to the Pinoys housemates, if not only for the offensive rap song of the latter.

Jack was not really hoping he would land a spot in the finals. However, he just wished he had the chance to stay much longer because he was having so much fun with the experience of being a housemate. But now that he’s back in the outside world, the 19-year-old Korean is open to whatever opportunities that may come his way because of his PBB exposure. “Kapag may mga mall shows, guest sa TV, okay lang po sa akin. Kung may ibibigay sa akin na project, gagawin ko po ‘yung best ko para matuwa naman ‘yung mga viewers. Nung bata ako hindi ko talaga naisip mag-artista. Pero masaya rin po kung mae-experience ko siya. Hindi po talaga ako mapili kung ano ang gagawin ko. Kahit nga po comedy okay lang talaga.” He confessed having a crush on pretty and sexy celebrities like Maja Salvador, Angel Locsin, and Cristine Reyes.

Jack, or Sungbin Yoon in Korean, further shared the story how he got the name Jack.