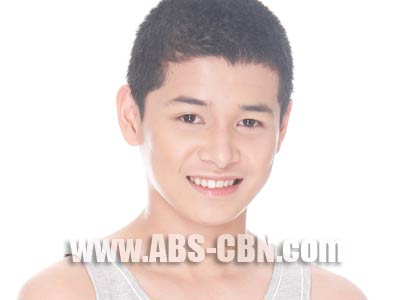 Rich kid Patrick Sugui found a best friend in poor boy Joe Vargas when they became housemates in Pinoy Big Brother Teen Clash of 2010. Although the two had fun times together until they were both evicted last week, there were those who said that Joe became a bad influence on Patrick. In an interview with ABS-CBN.com, Patrick explained that his mom was just surprised to see a different side of his personality inside the house, which she though he imbibed from Joe. “She doesn’t know kasi na I’m really makulit. Siyempre sa bahay kapag kaharap mo mostly relatives and friends of your parents you behave and be quiet. Sa bahay walang maingay. Gusto rin niya palagi akong quiet at proper. Kapag I’m with Joe, e pareho kaming joker, makulit kami. When I’m also with my other friends makulit din ako. Akala tuloy ng mom ko na nagiging maingay ako because of Joe. But after I got evicted na-explain ko naman na ganun talaga ugali ko, but just not in front of them. She understood din naman.”

Joe also became controversial among PBB viewers because he was talkative and opinionated. Patrick defended his friend by saying, “Joe knows what he is doing. What people see on PBB episodes are not exactly what is happening inside the house, I mean may na-edit na. Kung nagiging opinionated man si Joe may dahilan naman. He’s mature enough to know what he is saying. I trust him. We can relate to each other. Sa kanya lang ako nakakapag-open up.”

Sixteen-year-old Patrick has a girlfriend who’s in the US at the moment for a vacation. When he returned to the outside world, he had the chance to chat with her to catch up. Although they did not talk about it, Patrick said he feels his girlfriend felt a bit jealous over his closeness with pretty housemate Fretzie Bercede. “Hindi naman maa-avoid ‘yung jealousy. Everybody feels that,” he said.

Blessed with good looks, Patrick says he will welcome whatever showbiz opportunities that may come his way. “Kung may mga opportunities, why not? I want to try acting din. But definitely I will still continue my studies. Siyempre I don’t know naman what will happen after PBB. If I finish studies at least may fallback ako if ever showbiz doesn’t work out.”

His mother has long been in a relationship with ‘80s rock singer Juan Miguel Salvador who served as Patrick’s father figure ever since he was a young boy. “Siya na ang naging real dad ko and he treated us like his own children naman. He’s very supportive of me. When I play soccer he would always watch. Sometimes he would play with me. Minsan may gigs pa rin siya with his band around the city and minsan out of towns.”