Eslove, is missed much by the housemates

Given the Forced Eviction card, Eslove's early exit did not keep him from making a mark on those he left behind. 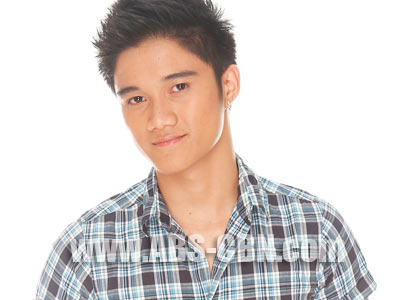 “Makulit,” Eslove said decidedly. “Makulit na mabait.” This was the kind of housemate Eslove wanted to be remembered as. Eslove was so excited to be part of this season. “Hindi nga makatulog e!” he shared. Aside from having another memorable experience, this rebel teen actually had a noble cause for joining: “Para maging magandang halimbawa sa mga kabataan,” he claimed, with all seriousness. He entered Kuya’s house full of hope and anticipation.

Tagged the “Sigang Istokwa ng Tawi-Tawi”, Remcon Christlove Briones was a welcome addition to the hodge-podge group of the PBB Teen Clash of 2010. With his ready smile and Edward Cullen impersonation, Eslove truly had found his own niche in the group. He was an instant mover in the Villa household, bonding with like souls Shey and Joe. So close was their bond that they easily gravitated towards each other and shared moments in the span of a couple of weeks, overcoming even the physical barrier between two houses.

Though he hailed from Tawi-Tawi, Eslove has actually been in Manila for the past three years. Being away from his family was not a new thing for him, having opted to leave home as a temporary escape from his familial problems. He’s had his share of rebel moments, but Eslove knows the value of resourcefulness. His numerous odd jobs are a source of pride for him, just like his being given a shot to be a PBB housemate.

Having had to move houses several times, depending on where his mom’s job in government would take them, he has been with different kinds of people already. “Sanay na po ako makisalamuha sa mga tao,” Eslove narrated. Should personal issues arise, his solution would be, “Pakisamahan na lang.” A charmer like his showbiz idols John Lloyd and Robin Padilla, Eslove didn’t have any difficulty reaching out to the others. Though his being nominated twice in a row proved theay did not entirely turn a blind eye to his faults, they regarded him as someone very dear to them. His playfulness mixed with street-smart candor was part of his charm, yet it was also those that led to his untimely exit.

In his short stay in the house, Eslove showed the complexities of adolescence. His leaving left his housemates with one less hearty laugh, one less helpful friend. Consequently, he did serve as an example to teens, and an example to those who judge too harshly as well. Yes, he did wrong. No one contested his eviction. Yet, it has to be said, that the depth of emotion shared did not come from thin air. Whatever cause against him, this remains true: Eslove loved and was loved well.