Denise Laurel is keeping herself busy with two TV series

Actress Denise Laurel takes pride on her stints in the 'Kristine' series and 'Midnight Phantom.' 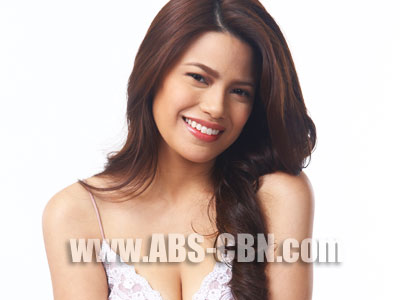 Ever since she was tapped for Precious Hearts Romances Presents Bud Brothers, Denise Laurel has landed more TV projects in the span of less than a year. There’s Precious Hearts Romances Presents You’re Mine, Only Mine; Midnight Phantom; and Kristine series which are all under the same ABS-CBN business unit that handles the Pinoy Big Brother franchise. “Actually hindi pa naipapalabas ang Midnight Phantom but soon it will be out. Rafael Rosell and I have been working together for a while now. Kaya lang since hindi pa for airing ang Midnight Phantom, people will see our team up for the first time via Kristine Series (top-billed by Cristine Reyes and Zanjoe Marudo),” said the 22-year-old actress in a recent interview with ABS-CBN.com.

ABS-CBN.com actually saw how professional Denise was during a set visit of the Kristine Series and it became clear why she has been getting a fair amount of TV exposure nowadays. When asked how she prepared for her newest role as Kristine Emerald Fortalejo, Denise shared that she went through the usual script reading, character breakdown and a bit of fitness training. “Naku, exciting kasi pagkalabas nito tapos pagkalabas ng Midnight Phantom, makikita niyo talaga yung hard work na ginawa namin ni Raf kasi two different characters yung pinortray namin. Super duper challenging lahat ng scenes and everybody gave their 150% to the project so sana magustuhan ninyo.”