Tricia has always been a go-getter, but being a housemate proves to be a long, rough road. 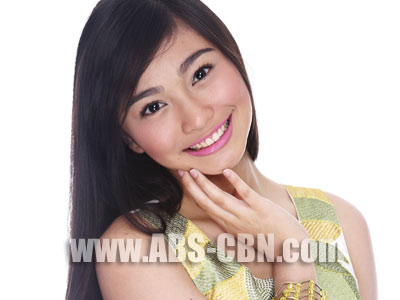 With the highest percentage of votes in her favor, Tricia survived the first round of evictions and is looking forward to yet another week inside Kuya’s house. Her first two weeks were quite trying, both on her and on her housemates. If her former housemates only knew the ranking, they would probably be surprised to know that majority of the votes went to Tricia, especially since she got the highest number of nomination votes from her peers. Apparently, the change in her attitude inside the Villa was enough to convince people that she deserved another shot.

At 14, she has already had a lot of experience being away from her family and living with different people. Dubbed “The Athletic Muse of Davao”, she is a volleyball player who has competed in regional and national games. As such, she spent a lot of time on the road, training and competing. “Kapag regional games, hindi kami nakatira kasama ng family namin. Minsan din, hahabol lang sila. Ang kasama ko talaga, teammates ko lang,” she shared. She is also used to mingling with new people. “Kasi minsan, may tatanggalin sila sa original team tapos may idadagdag, so parang iba-iba din ‘yung nakakasama namin.”

Sporty as she is, showbiz hasn’t been that far off in her mind. She has always wanted to join acting workshops, but wasn’t given the opportunity to do so.  In her mind, she’d most likely be playing the lead role opposite Enchong Dee, while braving the piercing glare of Melissa Ricks. Tricia has been following PBB since its first season and entered the fray with both eyes wide open. From her auditions until now, she has remained steadfast and true to her goal. Of course, this did not mean she didn’t get tired or affected. On the contrary, she has found herself in several tight spots, but she stubbornly held her ground and faced things head-on. Like several hundred thousand teens, Tricia fell in line with a couple of friends and had to brave the mob-like atmosphere and hot weather. “Gusto ko na nga umalis sa pila, kasi sobra na nga. Pero nandoon na, wag nalang, panindigan na. Ayun, hindi kami umalis.’'

The mindset that propelled her into the final roster of housemates is the same attitude that she presented in the PBB house. She had an idealistic goal in entering the house, seeing it as an opportunity to influence and help the youth. She envisioned herself as a housemate ready to lend a helping hand. “Marunong naman akong makisama,” she believed, given her experience in dealing with people. “Alam ko din kung saan ako bagay at kung saan hindi.” Self-centered people try her patience, but her choice of action is to just stay away. While part of Team Apartment, she opted to just do her thing and avoid confrontation. In the Villa household, she has started to realize her shortcomings and face up to issues, enabling her to improve her relationships with people and get enough votes to stay on.

Yet, this was not enough to keep her off the nomination list. Not only was she nominated for the second time in a row, but the coming merge will have her reunited with her original team. Would Tricia be able to muster enough strength to keep on going? With her willingness to adapt and her sheer determination, there is no doubt that she will.