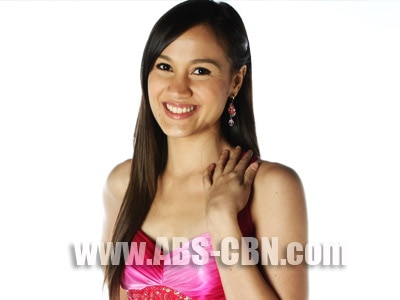 Matt Evans is slated to star opposite Empress Schuck in the upcoming fantasy TV series, Rosalka. This will be Matt’s first project without constant onscreen partner Melissa Ricks as his love interest. On the other hand, Melissa has been previously teamed up with other actors: with Jolo Revilla in Agimat: Ang Mga Alamat ni Ramon Revilla Presents Pepeng Agimat and with Gerald Anderson in the movie Paano Na Kaya?

Melissa said that just like Matt, she got excited when she first heard about this. “Very happy ako for Matt na nakakuha siya ng project na hindi rin ako kasama. He was happy for me when I got Agimat and other guestings that I’ve got and I’m very happy for him dahil it’s something new. It’s something new not working together. And this time he’s going to be working with Empress, who is a very, very good friend of mine, so sobrang excited ako para sa kanilang dalawa. ‘Pag kinukuwento niya sa akin parang ang ganda ng storya. Naaaliw ako sa character niyang bago.” The actress shared that Matt is more than willing to take on the challenge of his new role.

Melissa also shared that Matt is very much looking forward to be working with a new set of actors and director in Rosalka, which will be placed in the afternoon block. Melissa and Matt are still working together in the early primetime show, Tanging Yaman.

Meantime, following the success of her partnership with Jolo in Pepeng Agimat, there have been claims that she will still be Jolo’s love interest in the second batch of the Agimat series. Melissa shared that Jolo told her that he requested for her to be his leading lady again, although the actress said that there is no word yet if this has been granted. “Pero hindi pa naman [officially] sinabi sa akin eh, ‘pag sinabi sa akin ‘yon maniniwala na ako. As of now wala pang nababanggit, naririnig ko sa inyo pero sa management wala pa, sa handler ko wala pa, so hopefully sana. Para may sunod agad akong project,” she said.

Following her first-ever love scene which she did for Tanging Yaman, Melissa clarified that aside from Matt, she won’t do it with yet with any other actor, including Jolo. “Kay Matt lang ako komportable. He’s been my ka-love team for the past four years so sanay na ako sa kanya and alam ko na wala siyang masamang intensyon. Siya lang ang ka-love team na pinagkakatiwalaan ko.”