Rodjun Cruz says he doesn't have a problem with brother Rayver getting a showbiz break first. 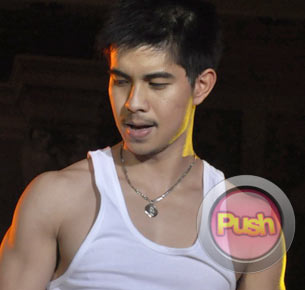 After eight years in showbiz, Rodjun Cruz finally got his biggest break to date via the top-rating afternoon teleserye Juanita Banana, which is top-billed by Bianca Manalo. Rodjun added that it was worth the wait even when while it took him almost a decade before he got a lead role. "Hindi naman ako nawalan ng pag-asa kasi nung una hindi ko naman in-expect na maging bida agad. Ang aim ko lang talaga mapakita ko sa tao ang talent ko," he said.

Rodjun expressed that he and Rayver are so close that they also talk matters of the heart. "Sobrang close kaming magkapatid, so open kami sa mga ganong bagay." He added that Rayver is not prioritizing his love life and is focusing on his career instead.