Sid Lucero fails in his bid for the International Emmy Awards

While he won't be bringing home an award, Sid Lucero is happy to be just be in the presence of his fellow nominees. 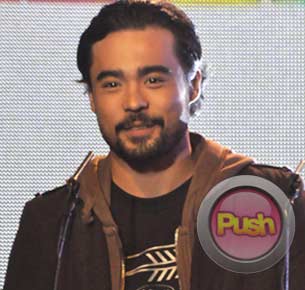 The Emmy proved to be elusive for Sid Lucero at the 38th International Emmy Awards as he lost out to veteran actor Bob Hoskins who won for his performance in The Street, a series in United Kingdom. The Emmys took place Monday night at the Hilton Hotel New York.

The son of actor Mark Gil and model-turned-actress Bing Pimentel was nominated as Best Actor for his performance in the teleserye Dahil May Isang Ikaw. The teleserye was also nominated for the Best Telenovela but also failed to bag the trophy as reported by abs-cbnnews.com.

In an interview before he flew to New York, Sid said that he was excited about being a nominee because it was also a big feat for the Philippines in entertainment. The actor also shared that he looks up to Hoskins, a well-known international actor.'nbsp; "I just want to shake his hand, and Helena Bonham Carter'rsquo;s. Oh my God. Okay na ako doon. Hi, hello, bye," Sid said. The young actor is also the first Filipino actor to be nominated under the Best Actor category in the International Emmys.

This was not the first time that Sid has had an international nomination. He was previously given the Best Actor award by the Thessaloniki Filmfest in Greece for his performance in the indie movie Selda. The said performance also won the actor a trophy from Gawad Urian.

'mdash;from a report by Bernie Franco