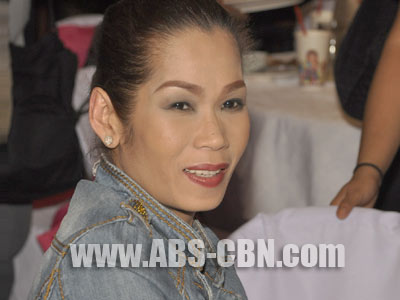 Pokwang is ready for when people will compare her to comediennes Ai-Ai de las Alas and Eugene Domingo again, especially since all three of them have movies that are included in the Metro Manila Film Festival this Christmas. While Pokwang is part of the film Super Inday and the Golden Bibe from Regal Films, Ai-Ai and Eugene top-bill the Star Cinema entry Tanging Ina Mo: Last na ‘To. Just like in the past, all three are often pitted against each other as to who is the best comedy actress.

The actress-host also added she has gotten used to being pitted against fellow thespians, but it does not mean that she has existing rift with them. She maintained that she is on good terms with Ai-Ai and especially Eugene whom she has worked with in the film Apat Dapat, Dapat Apat (2006), which also starred Rufa Mae Quinto and Candy Pangilinan. “Sabi ko nga kay Eugene nami-miss ko na kasi the last time na gumawa kami ng pelikula ’yung Apat Dapat pa, eh.” She also shared that Eugene is also optimistic that they will be able to work together again.

Pokwang also revealed that she is now saving up for another house. “Pinag-iipunan ko pa,” she said but did not want to elaborate. “Lumalaki ang pamilya at dumadami ang gamit ko.” She said that this will be her second house.