John Lloyd Cruz admits that among his ex-girlfriends, he had the hardest time with Ciara Sotto

John Lloyd Cruz shares that he learned a lot from every relationship he had. 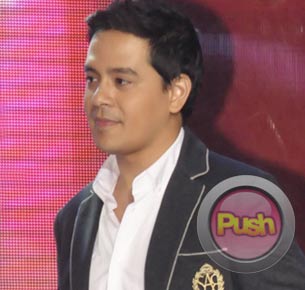 A very pleasant John Lloyd Cruz welcomed the press at the press conference of his latest movie My Amnesia Girl opposite Toni Gonzaga last November 16. Though he is thankful for all the projects he has been receiving in the past years, he admitted that he is yearning for more challenges that will hone his talents. "Honestly, gusto ko pa ng mas magagandang project para sa akin, mas magandang pagkakataon para maipakita mo pa ang talento mo." He shared that he will be doing an indie film with Piolo Pascual and it is something he is looking forward too. "Actually may magandang project si Direk Erik Matti for me, Piolo Pascual and Joel Torre, hindi ko pa alam. It is an indie film pero it will be marketed in a way na hindi siya mukhang intimidating. International ang magfi-finance."

Meanwhile, the press told John Lloyd about his ex-girlfriend Ciara Sotto's interview with Ruffa Guttierez in a showbiz program in another network. One of the topics in the interview was that Ciara was John Lloyd's girlfriend whom the latter had the hardest time with. John Lloyd did not deny it. "Ayoko na magsalita, kasi maraming about me and Ciara before 'hellip; maraming hindi alam ang maraming tao. Alam niyo kapag nasa ganitong panahon ka na, you don't want to remember, ngayon gusto mo na lang maalala lahat ng maganda sa mga naging relasyon mo."

Since Ciara is already married, he was asked what his ideal marrying age is. "Ako po 33." Since John Lloyd is 27 now, it means that it will take five more years and it will mean a long wait for his current girlfriend Shaina Magdayao. "Mas bata siya baka ako ang maghintay," he shared with a laugh. They both have their own career goals and marriage is not yet in their list of priorities.