Wyngard Tracy passes away at 58

The reknowned talent manager suffered a stroke last month and was not able to recover from the illness. 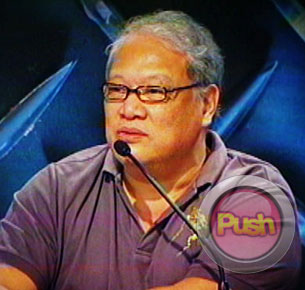 Wyngard Tracy, talent manager to stars such as Diamond Star Maricel Soriano, Aiko Melendez, Richard Gomez and Lucy Torres, passed away today, November 16 at 3:45 am. He was only 58 years old. According to PUSH sources, Wyngard had a triple by-pass surgery last August and was able to recover from it. He however suffered from two consecutive strokes, which left half of his body paralyzed.

Last night, Wyngard'rsquo;s family opened the ICU for all his close friends to bid him farewell. A memorial mass was held for him at the La Salle Greenhills Chapel this afternoon.

Wyngard has been a judge on reality talent search shows like ABS-CBN'rsquo;s Star in A Million and GMA'rsquo;s Pinoy Idol. He also handled Douglas Quijano'rsquo;s artists when the talent manager passed away last year.