Sam said he never really found out if his suspecions were true but he had a very strong feeling about it. 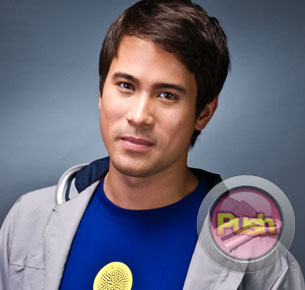 Sam Milby confessed that he had previous girlfriends who have been untrustworthy while they were in relationship with him. This is his reaction to some press people'rsquo;s query why the actor emphasized being trustworthy is one of the best qualities he liked about international star Marie Digby. He added that he never really found out if his suspicions were true but stressed that he had strong gut-feel during those times. "Parang I can'rsquo;t say that I'rsquo;m sure about it pero parang may duda ako. Parang may gut feeling na may something," the actor said at the 6th Cinema One Originals Premiere Night last November 10. "Never ko naman nalaman kung totoo or hindi. Pero ganun, there is a strong feeling."
'nbsp;
When prodded if former girlfriend Anne Curtis is one of them, Sam replied, "Siyempre hindi ko sasabihin kung sino. It would be very wrong for me to say kung sino man ang person na 'lsquo;yan." He adds that moving on after heartbreaks becomes easier with the help of friends, prayers and through time. 'nbsp;
'nbsp;
Sam also revealed that he is ready to commit but has not yet found the right girl. He also explained why he and Marie decided not to have a romantic relationship. "Hindi naman umabot sa love. It'rsquo;s more like ang hirap talaga. We decided to be friends lang dahil hindi naman kami nagkikita." He related that the last time they saw each other was during the Heartthrobs concert that took place in Japan just recently. Being of British-Japanese decent, Sam related that the international singer was coincidentally staying in Japan during the concert.
'nbsp;
Sam further added, "Ang hirap lang kasi unang-una 'lsquo;yung mga schedules namin, siyempre. At pangalawa I think it'rsquo;s different 'lsquo;pag nagkakilala kayo in person muna tapos na-in-love tapos naghiwalay at naging long distance. Pero nagsimula kami sa malayo. Nagsimula kami sa Twitter 'lsquo;yun ang start naman. We really need to get to know each other in person and mga four times lang kami nagkita. Five times na including Japan."