Albert Martinez reveals that he was thrilled to be paired with Roxanne Guinoo for 'Maalaala Mo Kaya.' 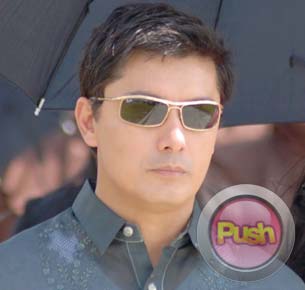 During a visit to the set of Maalaala Mo Kaya, Albert Martinez told Push.com.ph that Roxanne Guinoo proved to be true to her reputation as a good dramatic actress even after a long hiatus from acting. He was also impressed by the fact that she came prepared for her role and was very easy to work with. "It'rsquo;s our first time to work together. Actually, when they told me na siya magiging leading lady ko, I was excited kasi I'rsquo;ve heard so many good things about her and they were right. She'rsquo;s very good, very focused and yung discipline niya as an actress is there." 'nbsp;

Albert on the other hand made sure that he and Roxanne developed a certain rapport even off cam since they will be playing a married couple in the story. "Importante yung maging at ease agad siya sa akin lalo na dahil relationship namin on a romantic level. Kailangan first sequence pa lang nag-bond na kami agad para mas believable as the day progresses at hindi halata na ngayon lang kami nagkita. Importante maipakita sa audience na meron kaming powerful chemistry."