Since Gerald Anderson's break down during his movie Till My Heartaches End press conference, more reports about him and actress Bea Alonzo receiving threats from fans have surfaced. 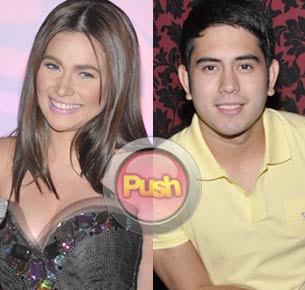 Since Gerald Anderson'rsquo;s break down during his movie Till My Heartaches End press conference, more reports about him and actress Bea Alonzo receiving threats from fans have surfaced. When rumors about Gerald and Bea dating each other spread, numerous Kim Chiu-Gerald Anderson love team supporters have expressed their dislike towards the supposed couple. As the alleged villains in this triangle, Gerald and Bea have both been receiving threats including acid being thrown on Bea'rsquo;s face or the bombing of Gerald'rsquo;s home.

Star Magic has now finally released its statement regarding these threats:

Star Magic has received numerous emails from fans threatening Bea Alonzo and Gerald Anderson, their respective families, star magic personnel and ABS-CBN executives. We have already forwarded their threatening emails to the proper authorities to determine if these people can be identified, caught and prosecuted. As we do this we appeal to them to please stop the threats and respect the personal decisions of our artists.

Kim has also expressed her thoughts on the matter as the supposed aggrieved party. She pleads with fans to accept the changes in her relationship with Gerald Anderson and thanks them for their unending support to their love team.