Sam Milby says there will be no awkward moments with Anne Curtis this time. 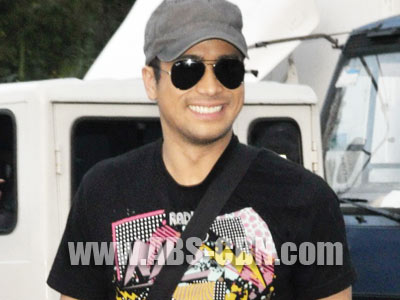 Sam Milby will start shooting his movie with Anne Curtis on Friday, December 4, which is slated to hit theaters next year. But what excites him about the movie is that he and Anne will have more time to hang out together. “The movie with Anne is going to be medyo… it’s not going to be sobrang romantic comedy but it is more of the drama side. Actually wala pa ako script and this will be definitely a challenge for me kasi ‘yung movie is something really new to me that I’ve never tried a role like that before.”

Sam adds that he is also thrilled that he and Anne will be able to finally offer their fans what they had been asking for. “The movie with Anne, it’s like giving back to our fans kasi marami kaming supporters lalo na mga TFC subscribers. We really wanted to offer a project like this na sana talaga mapasaya sila.” This will be his first movie ever with Anne, though they have done three TV shows together: Maging Sino Ka Man Book 1, Maging Sino Ka Man Book 2, and Dyosa.

Sam also told ABS-CBN.com that this time, he is sure that he and Anne will be comfortable working with each other again and that there will be no awkward moments. “Yes, of course, we’re past that stage,” Sam said.