With Tom and Princess both out of the Big Brother house, they are now free to continue with their budding romance. 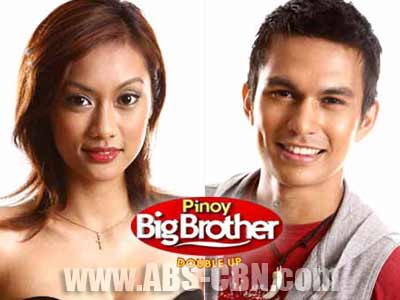 Despite the violent behavior Pinoy Big Brother Double Up housemate Tom Mott exhibited inside the Big Brother house, which got him forced evicted, fellow housemate Princess Manzon justified that Tom’s actions were just normal during their interview on The Buzz. “When you get frustrated kasi you do and say things (that) you don’t really mean, I mean everyone has that,” Princess said.

The two appeared on the talk show together because of their attraction towards one another inside the house. The budding romance was cut short when Princess decided to make a voluntary exit two weeks ago. And since they are now both outside the PBB house, the two can now pick up from where they left off. Tom said that Princess is someone really special to him. “Princess is someone I’d really like to get to know more and I love her deeply as a friend,” declared Tom, who is hopeful that something special would bloom between them. “Kung may chance man for those feelings to evolve in a positive way I’d really like that,” he confessed.

Princess seemed to be open to the idea as her actions positively responds to Tom’s show of affection, which hosts Kris Aquino and Ruffa Gutierrez noticed during their sit-down interview. Princess said that she likes Tom for his drive to succeed in life. “How determined he is like when he really wants something he really goes for it,” said Princess. Tom on the other hand said that Princess’s unique personality is what made her attractive to him. “Talagang yung mix ng pagiging sobrang malambing niya and at the same time, palaban. I’ve never seen those two qualities in one person, it’s really, really attractive,” Tom described.

Meanwhile, Tom said that he would really want to stay in the Philippines but is afraid that his actions inside the PBB house might earn him a negative image among viewers. He said that he has thought of returning to the US because people might judge him based only on his actions during his last week inside the house.